Showing posts from April, 2016
Show all

In April , the spring has already been installed permanently. The coldest months are long gone, and there is more sun and less rain. Since the weather is improving, it is a good time to visit London parks or take a cruise on the river. You can also leave the centre of London to see ducks and chicks at the Center for wetland conservation in London in Barnes (south west of the city). Many of the attractions of London prepare events and family activities like finding Easter eggs. Hotels often offer special packages for Easter and serve the afternoon tea. Most stores do not open on Easter Sunday, and maybe that weekend the frequency of public transport is reduced. This month marks one of the biggest sporting events, the London Marathon. The route takes runners through the city, including some of the major attractions. You can encourage participants and enjoy the festive atmosphere. It’s important to note the unusual work of the competition to raise money for charity than other maratho
Post a Comment
Read more

- April 07, 2016
The Boat Race is an annual rowing race between the Oxford University and the Cambridge University on the river Thames. It is also known as the University Boat Race and the Oxford and Cambridge Boat Race, or by a title that includes the name of its current sponsor (from 2016, the Cancer UK Boat Race having donated its sponsorship to the charity). The event is popular not just between undergraduates, but population too. It is estimated that a quarter of million of people see the race every year, and it is one of the most watched sporting events in history, almost 500.000 people followed up the race in 2004. The race is done with a length of 6779 meters (4 miles and 374 yards) from Putney to Mortlake, passing Barnes and Hammersmith. In her two boats involved eight with coxswain. The race is counter current done, but is scheduled to start one hour before the channel reaches its peak. This tradition began in 1829, when Charles Merivale and Charles Wordsworth, a Cambridge students, challe
Post a Comment
Read more 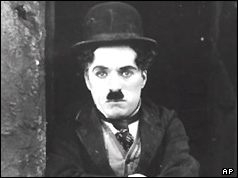 London is one of the top cities of the world and, as such, it was the place of origin of a lot of people who became famous in due to their important work on their areas and changed the world and they did it in their own way. Charles Chaplin: The most famous comedian actor, Chaplin was a revolutionary artist who changes the film industry in the silent era due to his work about topics never treated before: poverty (“The Kid”), love (“City Lights”), problems about capitalism (“Modern Times”), or giving a funny point of view about Hitler (“The Great Dictator”) for example. He had to go into exile in Switzerland until his death due to he had problems with the FBI. Unfortunately, he only won two Oscars: One for “The Kid” and another one for his professional trajectory Henry VIII: Born in Greenwich, during his reign he married and divorced a lot of times. This was the reason why he broke up with the Roman Catholic Church and set up the Anglicanism, becoming himself the head of t
Post a Comment
Read more
More posts